This week Room 1 and 2 made Quicksand as part of our science learning in Term 2. We used cornflour, food colouring and water to create the quicksand mixture. We had a lot of fun experimenting with the quicksand and watching it change from a solid to a liquid when we manipulated the mixture in different ways. We also got pretty messy!

The science bit explained;
The cornflour and water mixture acts like a solid sometimes and a liquid at other times. This concoction is an example of a suspension (a mixture of two substances), one of which is finely divided and dispersed in the other. In the case of the cornsflour quicksand, it’s a solid dispersed in a liquid.
When you slap the cornflour quicksand, you force the long starch molecules closer together. The impact of this force traps the water between the starch chains to form a semirigid structure. When the pressure is released, the corn- starch flows again. 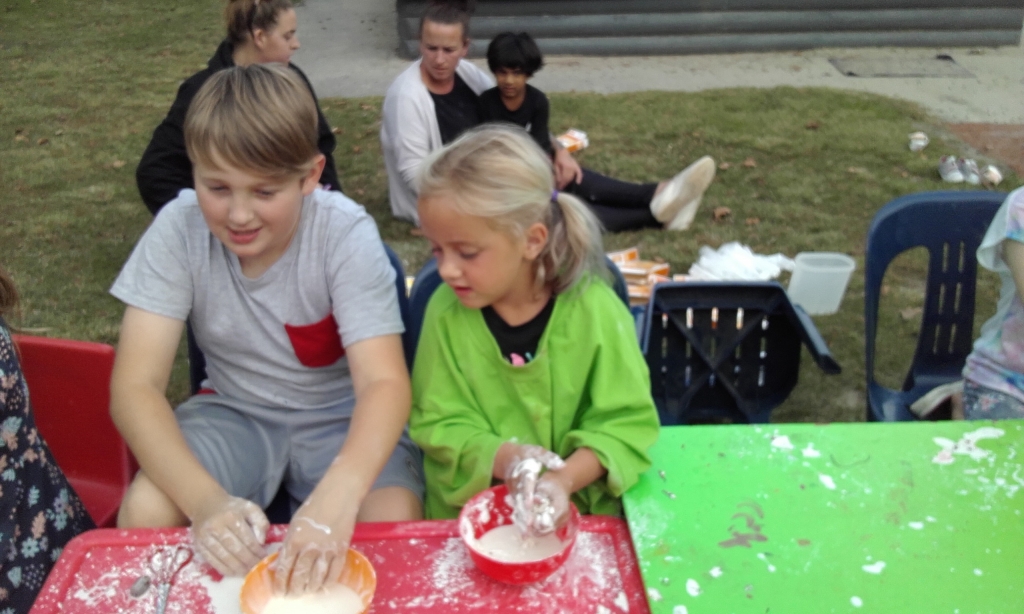 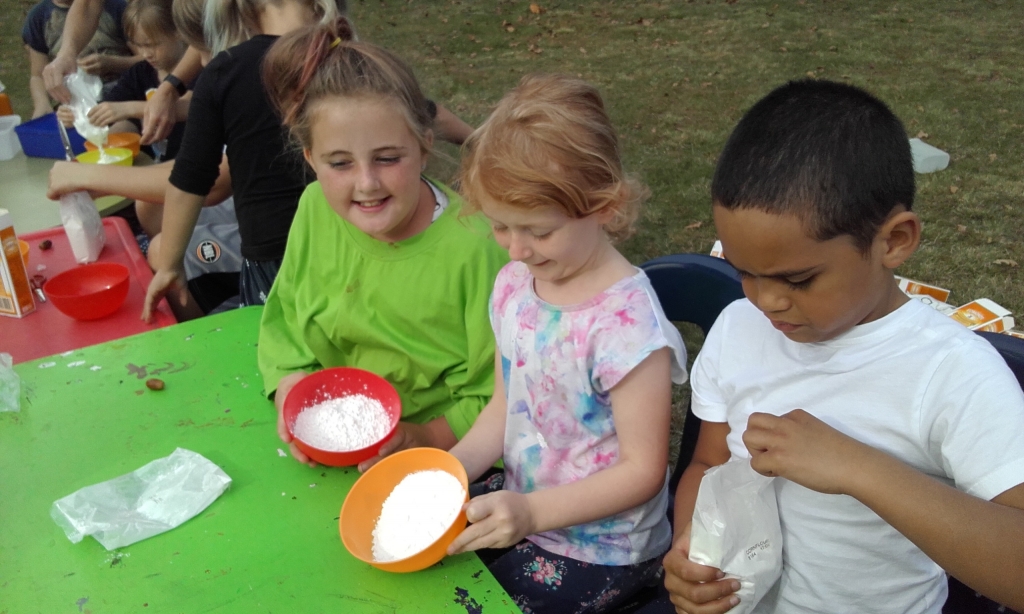 About the Author: Room 1