Friday the 13th proved to be a very lucky day indeed at Motumaoho School! We had the New Zealand Symphony Orchestra come to visit us!!
For an hour and a half the learners and staff enjoyed an entertaining and interactive programme of music.
We learnt that there are four families in the orchestra called Strings, Brass, Percussion and Woodwind.
In the Brass section Catherine’s eagle ears correctly identified The Last Post being played on the trumpet, Daisy and Kayla identified the Star Wars theme music for Darth Vader and Indie impressed everyone by knowing a Racing Car noise when played on the trombone. Liam proved that the French Horn pipe when unwound is longer that the width of the Senior Room by holding the ever extending measuring tape!
The Woodwind group included a flute and clarinet. Kayla was very knowledgable about the bamboo reed in the clarinet and we all learnt that Squidwood in SpongeBob plays the clarinet. Very clever!
In the Strings section, Catherine wowed us all again with her ability to manoeuvre the bow across the four violin strings to make a lovely sound. The learners were most impressed that the string on the bow was made from the hair of a horse’s tail! Cooper and Savannah both got a round of applause for knowing that there are 16 1st violins and 14 2nd violins in the NZSO.  The Double Bass  had everyone thinking hard about their favourite Disney songs and we were all delighted when Cody recognised the theme song from Moana and Andrea recognised Elsa from Frozen. However, the most impressive was Griffin clicking his fingers in time and correctly identifying The Pink Panther – Well done Griffin!!!
Conducting is certainly an important role in the NZSO and it was so exciting to watch Daisy being the conductor for a soft notes section and Kayla the conductor for a loud notes section. Playing alongside the orchestra Savannah, Griffin and Scarlet provided the percussion section. You all did a super job keeping a steady beat!!
The beautiful music and photo of the NZSO musicians and children under the large tree at the front of the school was enjoyed by all, especially the cows in the neighbouring paddock!!
Thank you NZSO! We are extremely grateful that you gave your time and shared your talents with us all at Motumaoho School. It was certainly a morning to remember! 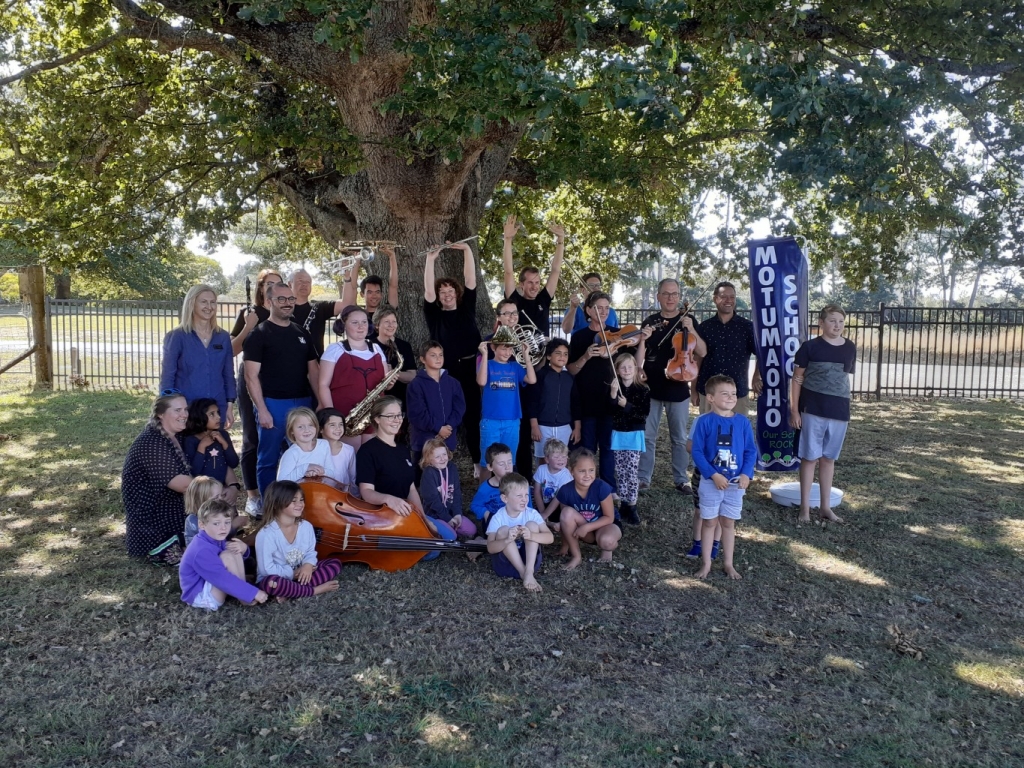 Motumaoho School with members of the NZ Symphony Orchestra 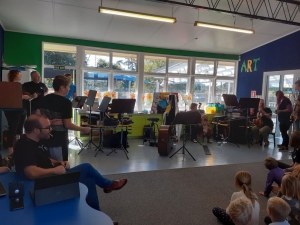 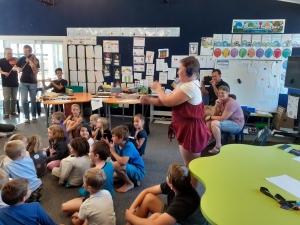 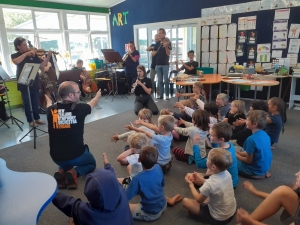 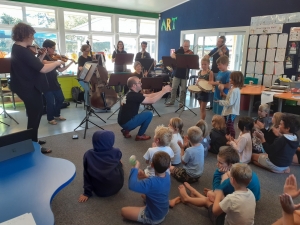 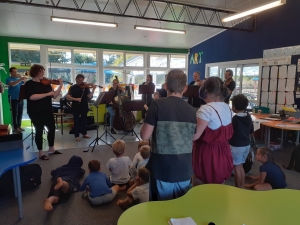 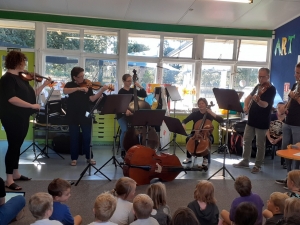 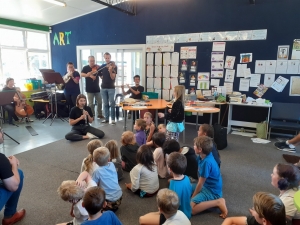 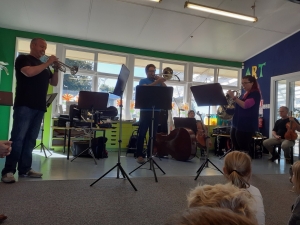 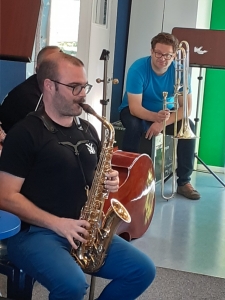 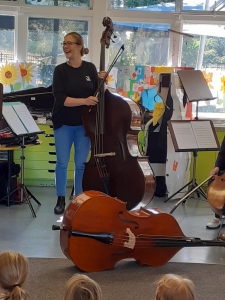 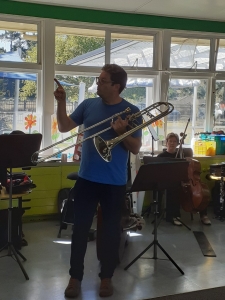 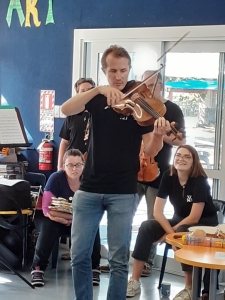 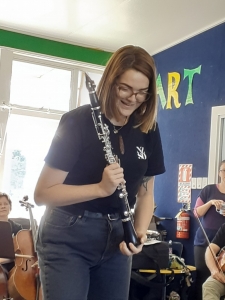 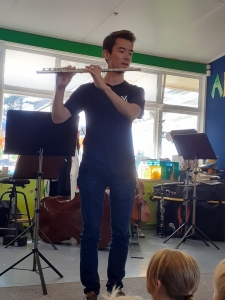 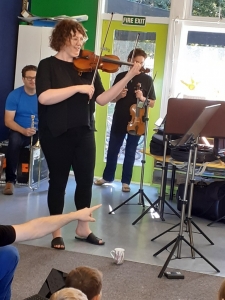 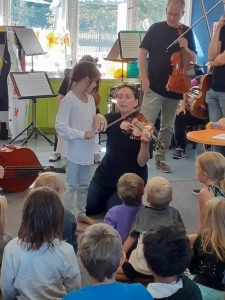 About the Author: Motumaoho School